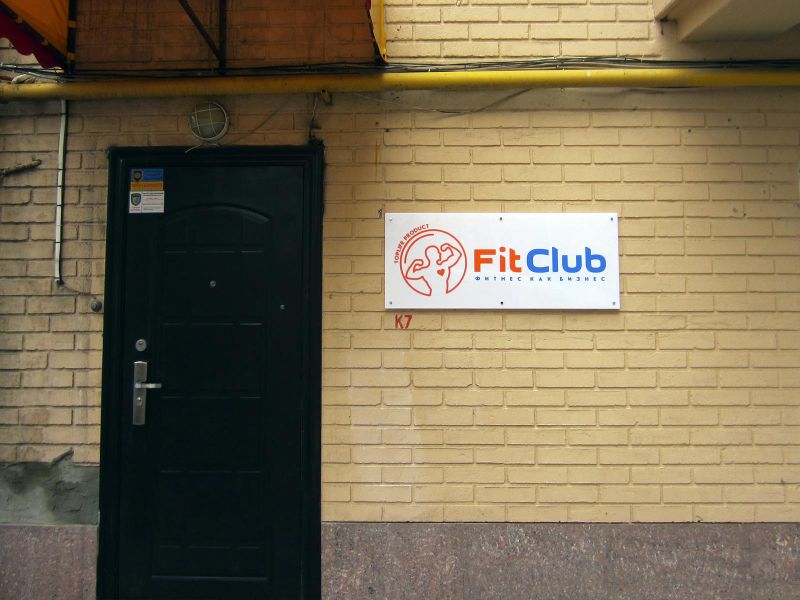 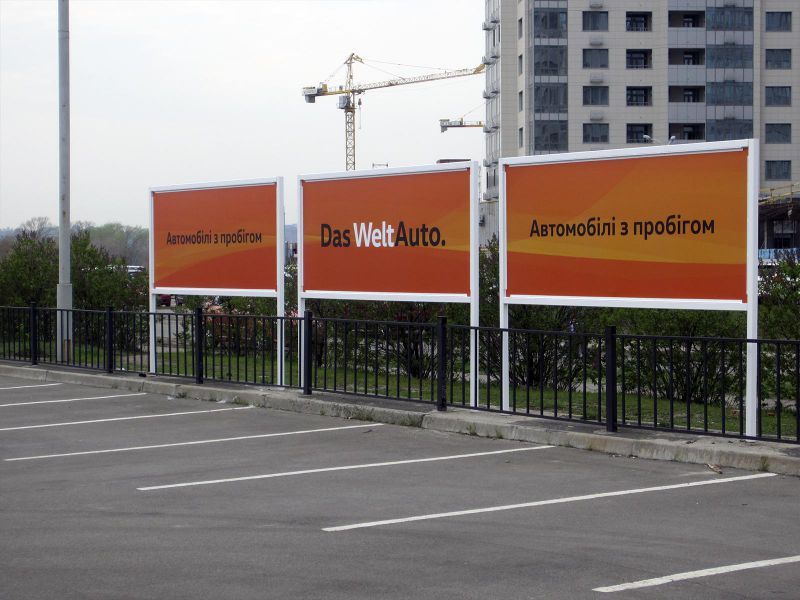 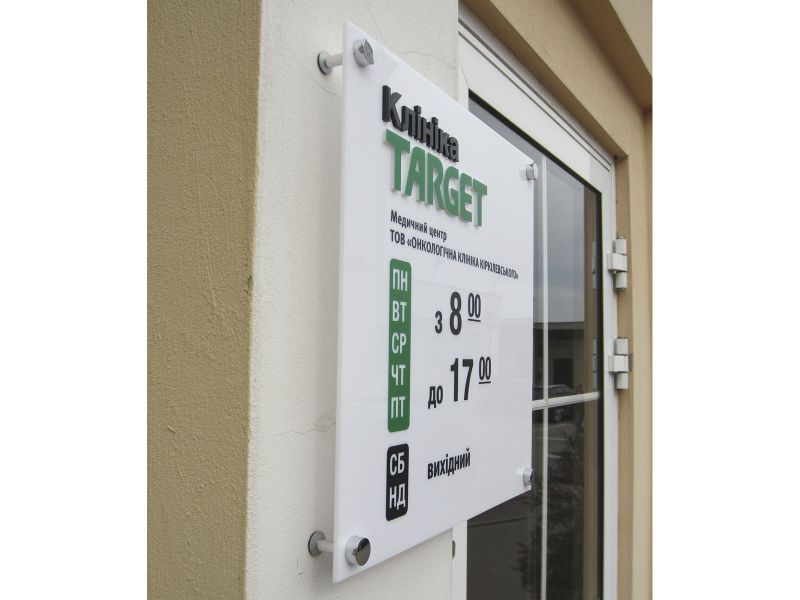 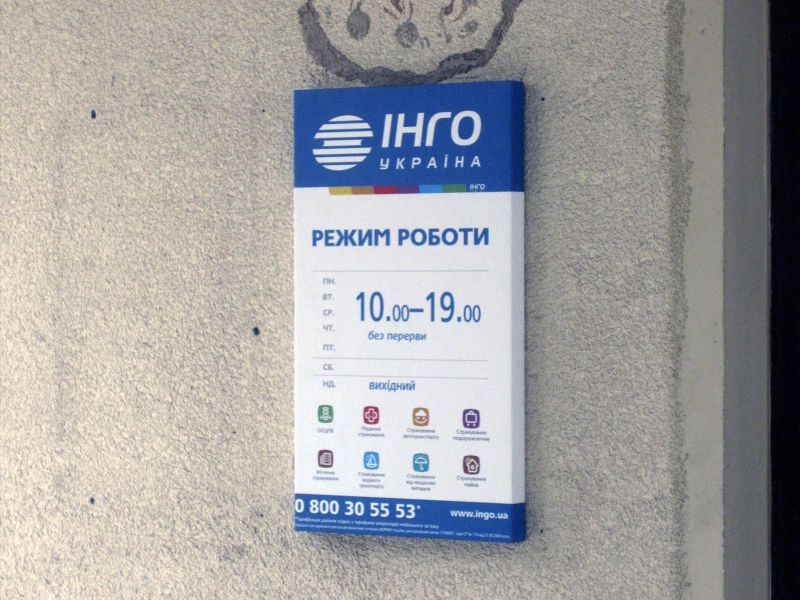 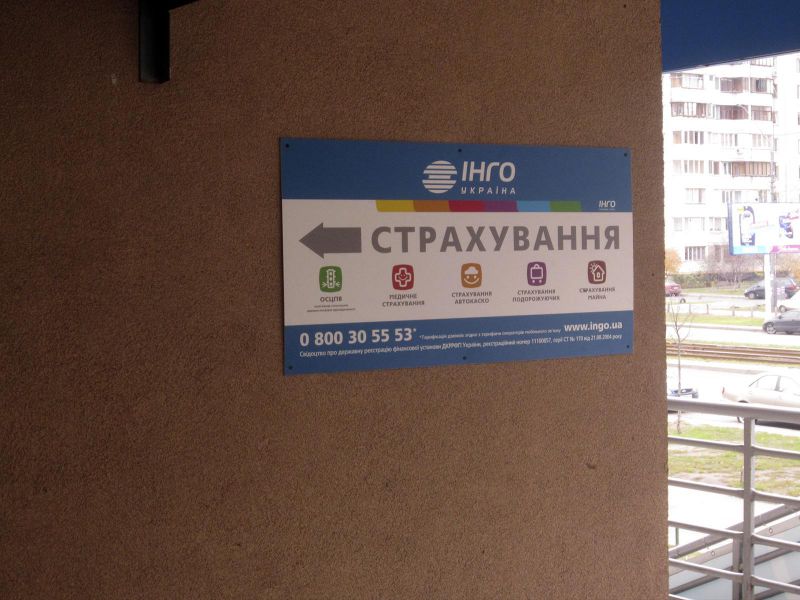 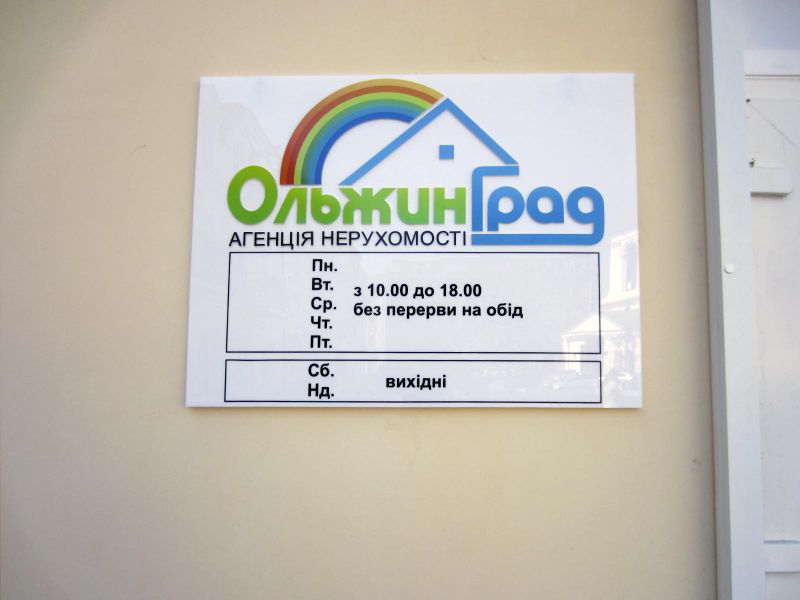 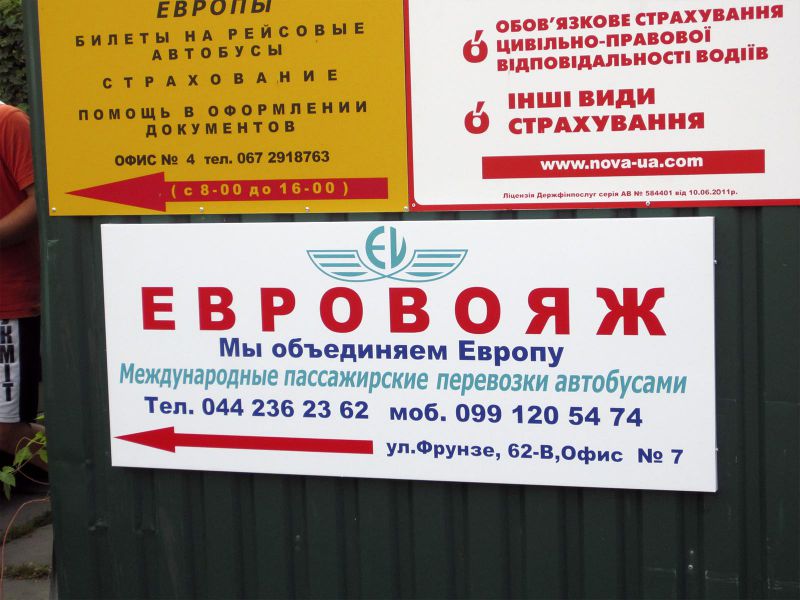 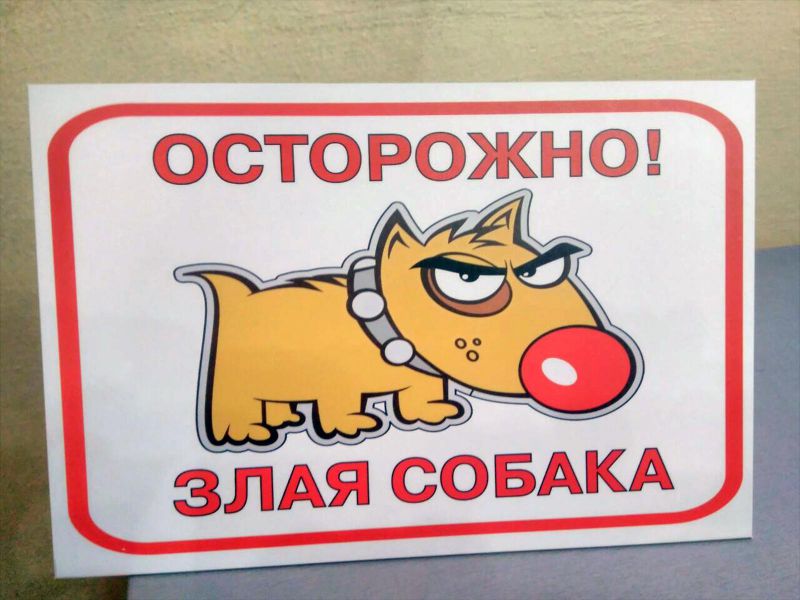 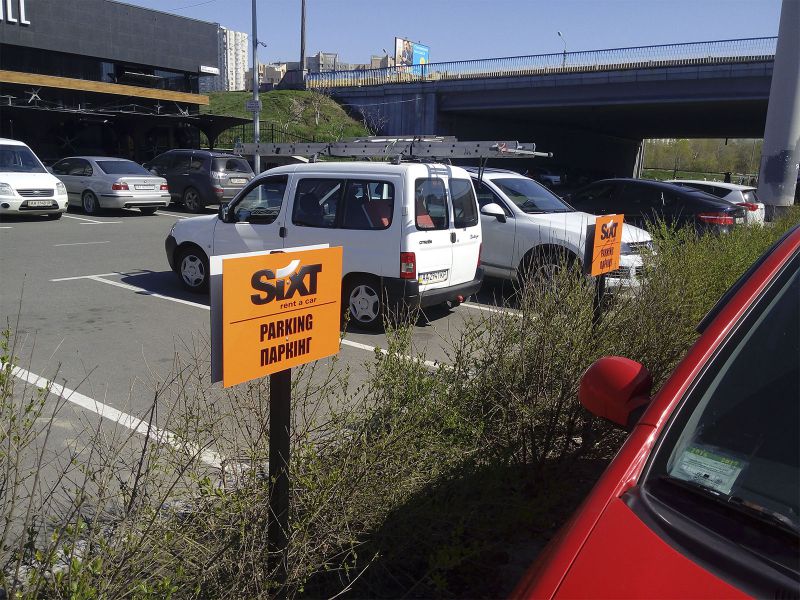 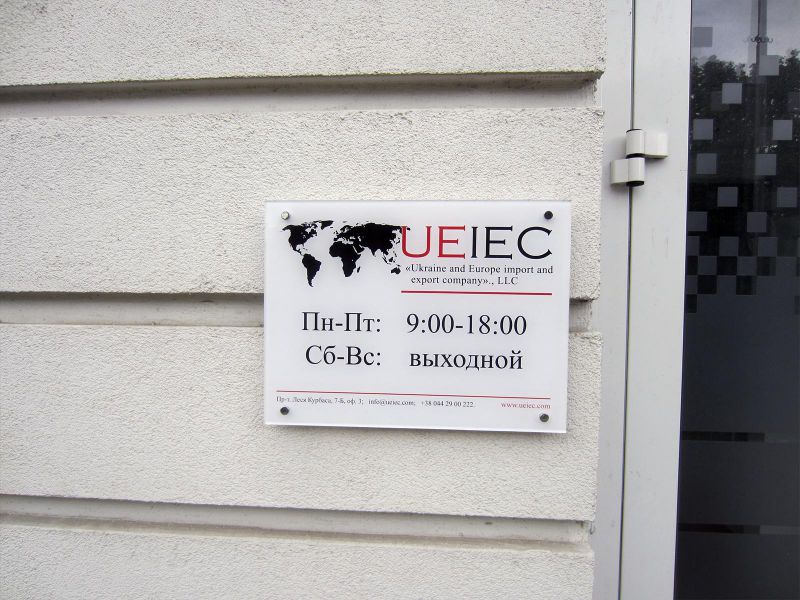 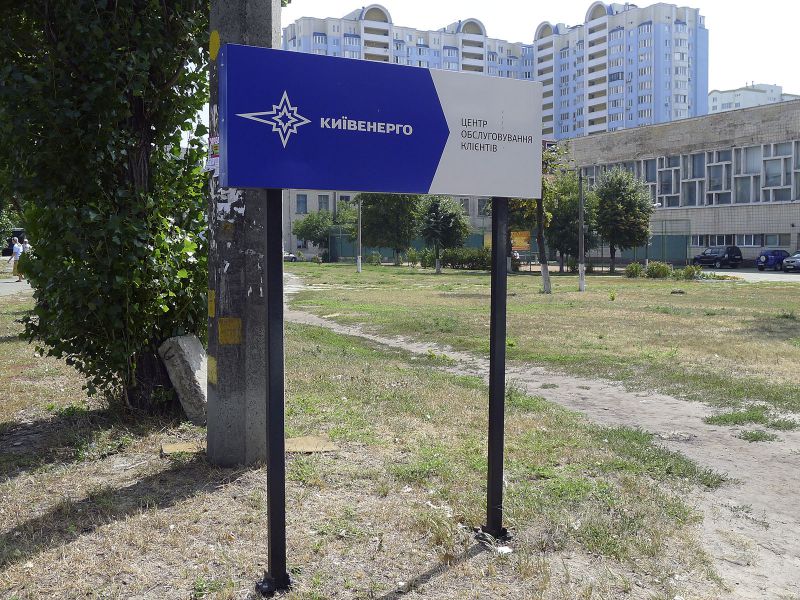 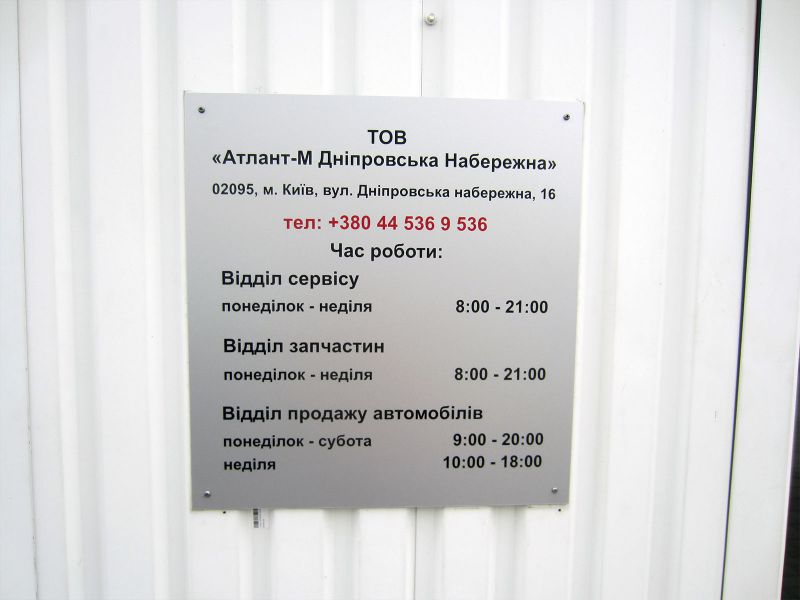 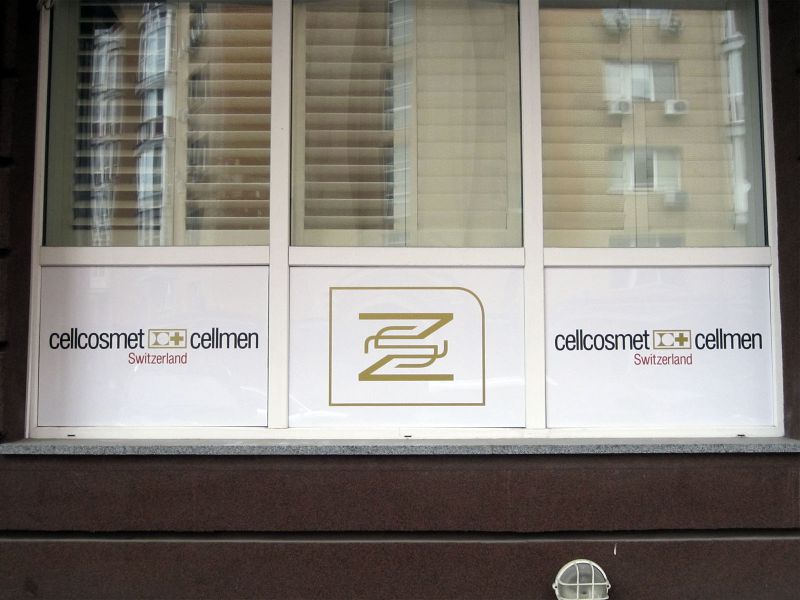 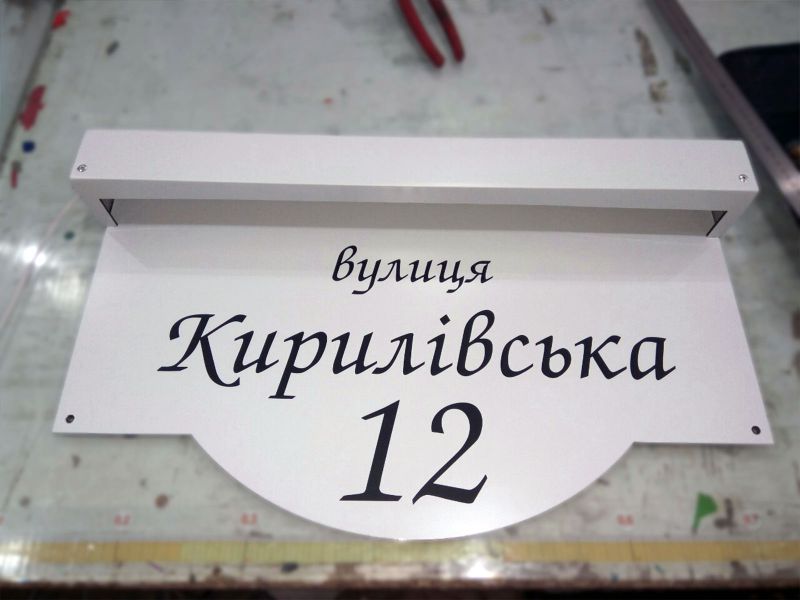 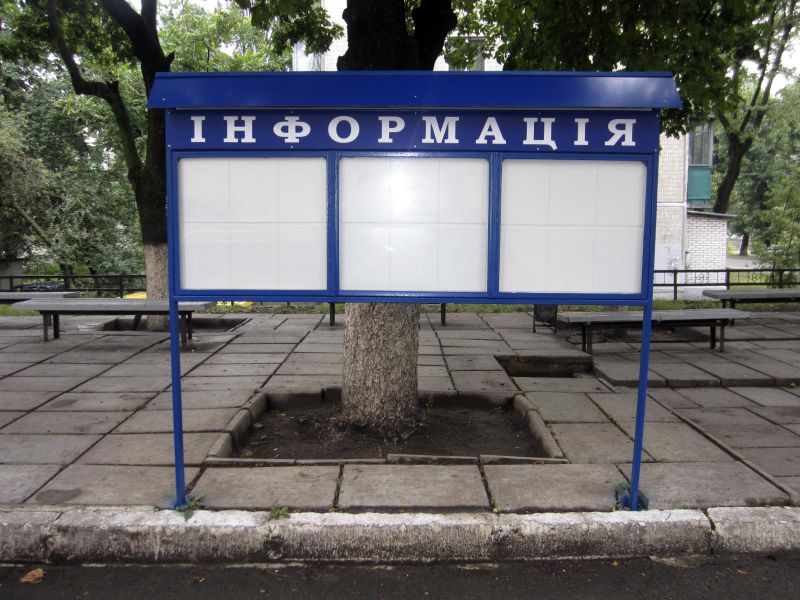 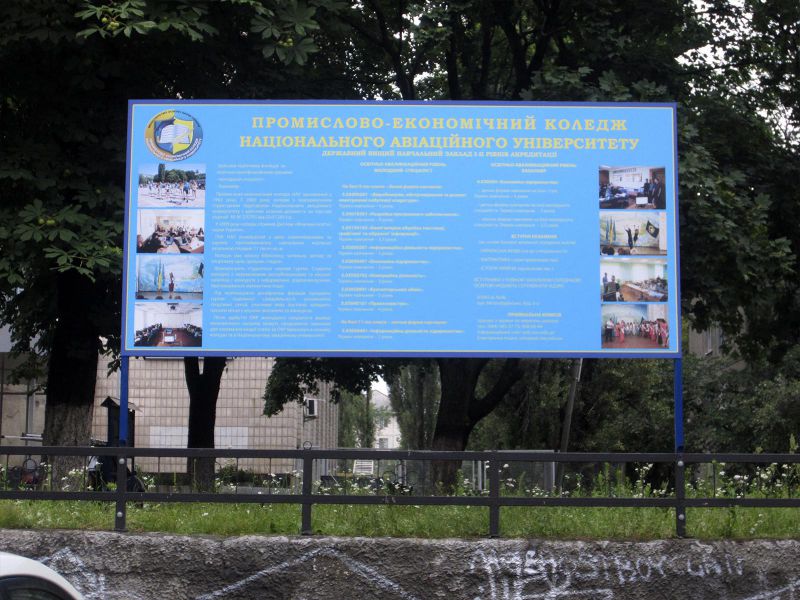 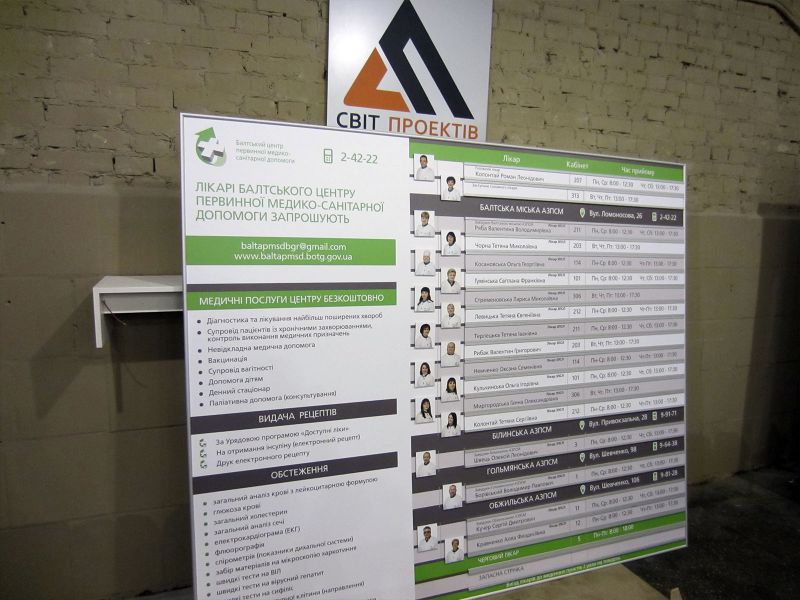 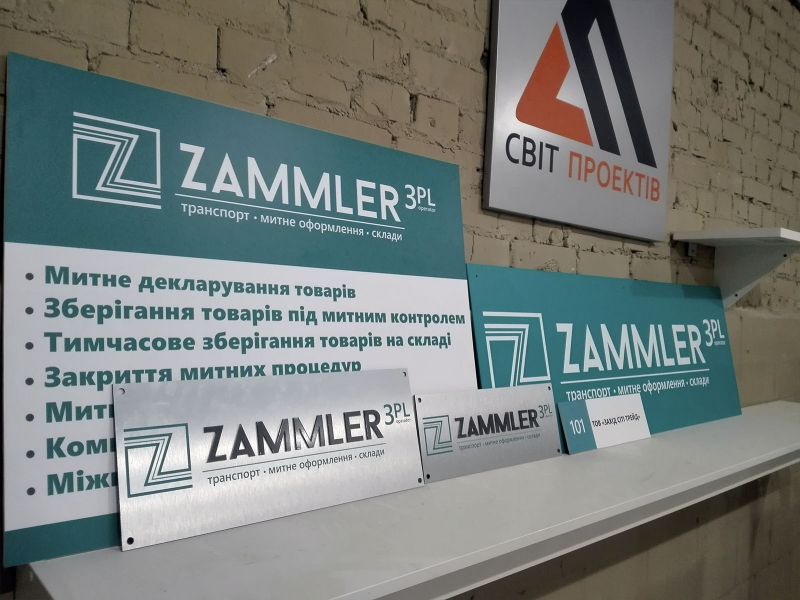 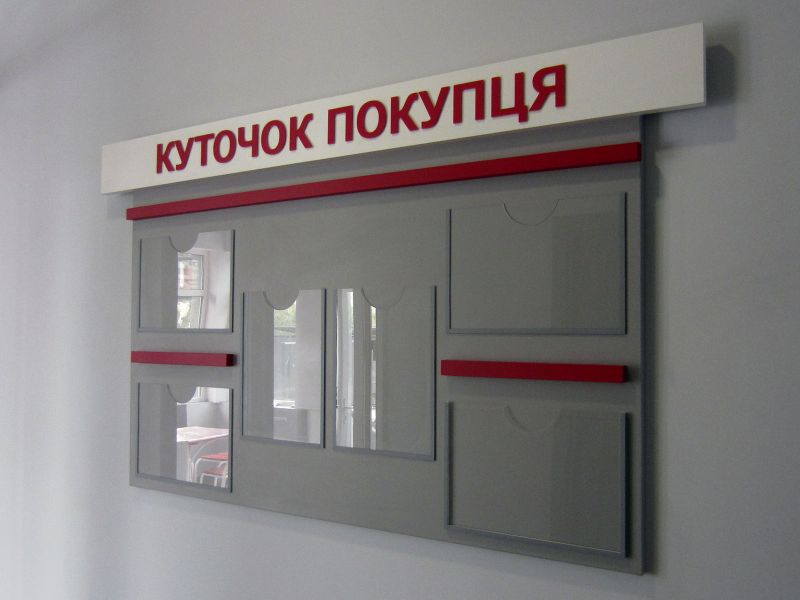 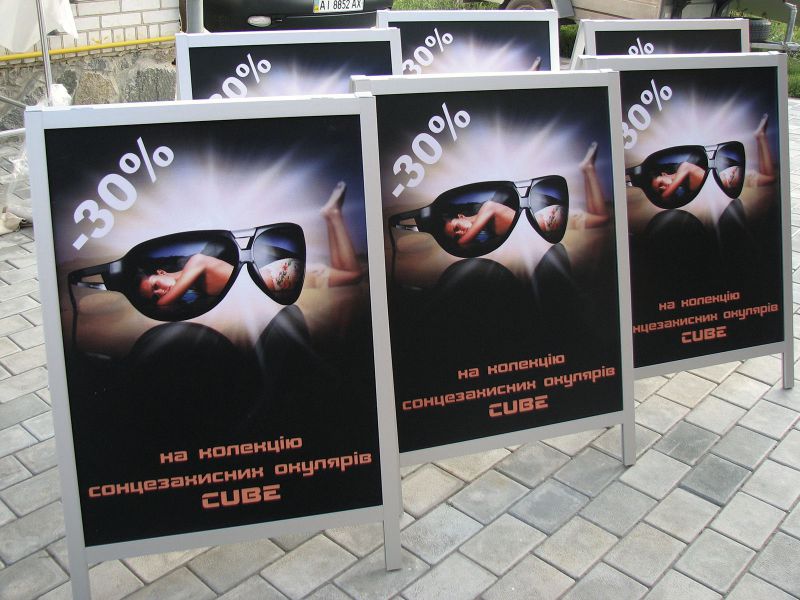 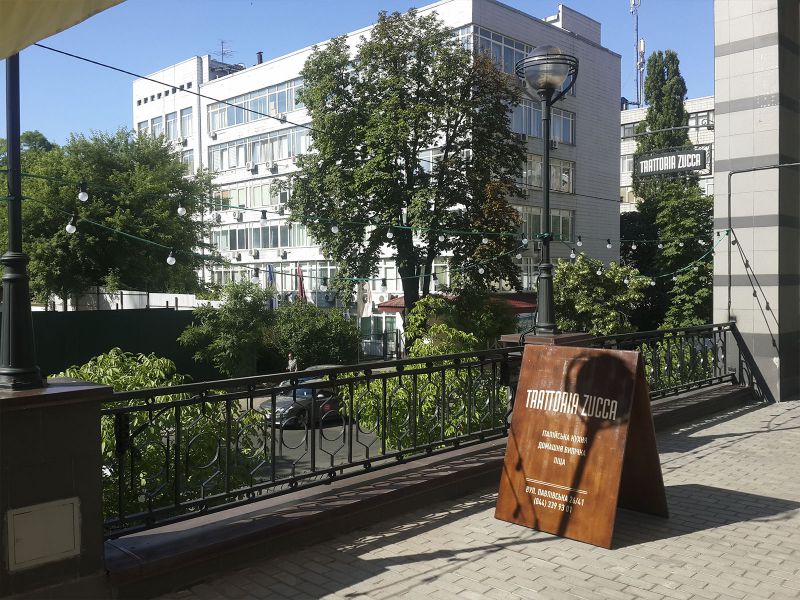 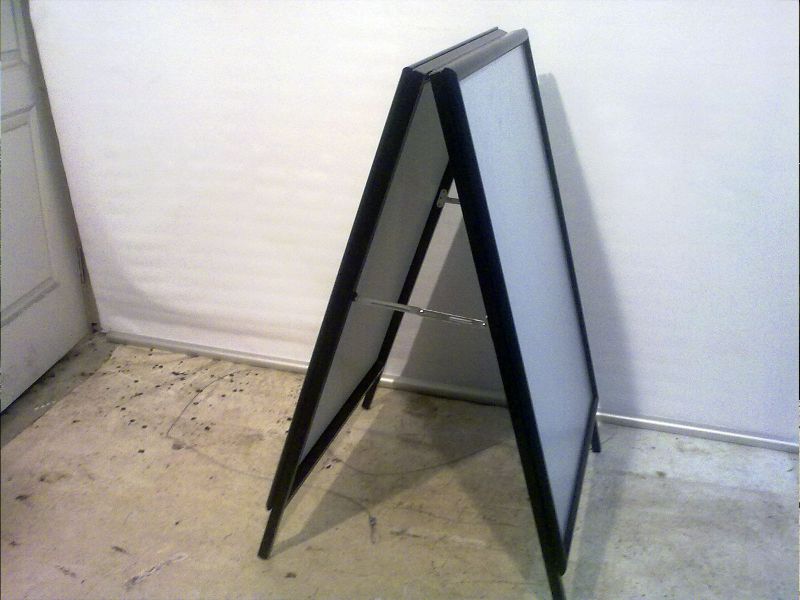 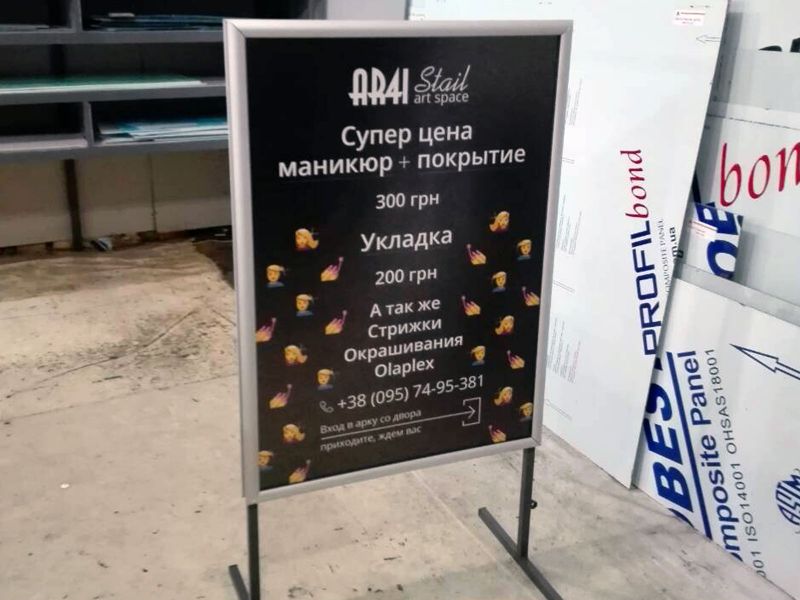 When different materials are combined and unique design is used almost every company or shop has their own logo. Customers get acquainted with manufacturer from that thing, in most cases.

Advertisement pillars and signs, boards are cheap and effective way to introduce your company to the world.

This is advertisement production, which does not fall under the format of facade signboards, stelas and pylons. It happens, because of their size, total absence of the illumination or placement.

Manifold of advertisement boards , signs, pillars from one of the best manufacturer in Kiev.

Signs are advertising or information carrier with the size which is not bigger than one square meter. Signs are usually fastened near the entrance into the office, shop or establishment, or on the building where that organization is.

Signs can have two types of messages:

- Information signs. This type of signs is used for showing the name of the organization and its schedule. They are usually fastened near the front door or inside the building near the office of the company.

- Address signs. Such signs contain address of the building and are usually fastened in a place where it will be easy to see them.

- Advertisement signs. Signs like this contain the list of service, which the company provides, and advertisement for attracting customers

Signs are divided into two types by the type of materials:

- Aluminum composite panel is a perfect material for outdoor usage. It can be used with its natural color; the gamma of Ukrainian manufacturers has all the shades of the rainbow and some wonderful decorative colors (golden, silver, decorative wood or stone etc.). ACP has 10 year warranty for color saving, but ACP might be a base for a print as well.

- Acrylic is a base, which can be transparent, milk, matte-transparent or colored. Acrylic sign is resistant to temperatures and does not deform even at small sizes, so they can be used outdoors. Milk and colored acrylic are used when used when people need a color from brandbook and luxurious look, because acrylic is gloss material and has beautiful cut. People choose transparent acrylic if the wall behind the sign has acceptable look and when a customer wants to get an effect of soaring inscription.

- PVC is usually used in economical signs and PVC is completely covered with colored dilm or print.

- Plastic for engraving is a material, which is used for two-colored signs (golden-black, silver- blue), but it is usually used indoors, because it is unstable to high temperatures.

- Sheet materials. Sheets of brass, aluminum, stainless steel can be polished and used as a base.

Such signs are expensive, so they are used rarely.

- The arts and crafts from films. The gamma of the film is very diverse and it is possible to make any logo with their help.

- Separate parts, which are made of colored plastic. People order such design for expensive signs , where it is important to make elements voluminous and luxurious.

- Full color print. It is said that it is better to make print on outdoor signs in ultraviolet way, because signs, which have films with print made by solvent and ecosolvent ink, lose their juiciness after two-three years of serving because of the sun.

Signs of big size on the wall of the building or, which are separately established, are called boards

They are divided into:

- Information boards (for example: plan of the hotel territory, some information about school)

- Advertisement boards (billboards, signboards, which are placed near big trading companies to change the advertisement on these signboards).

The picture for these boards can be printed on the film, paper or banner. Info about advertising campaign loses its relevance fast, so you don’t need to protect it from the sun, but if you need to save information for a long period of time then we can make extra lamination with the protective transparent film for your product.

Boards are installed like facade signboards (to be wall-mounted) or like stelas (to be installed on a concrete “pillow”).

Pillar is a sign which is fastened to a light carcass, which can be easily moved outdoors in the afternoon and it also can be easily moved back to the warehouse in the evening. Such constructions are often used by small shops, pharmacies to attract customers. Pillars are part of advertisement and they contain the list of services or goods which are available at the shop, in most cases. The print on a pillar can be stuck on an ongoing basis or to be changeable with the help of the system, which changes posters or because of the fact that the pillar would be a desk where you can write.

Reviews   Clients   Contacts   About us   Blog